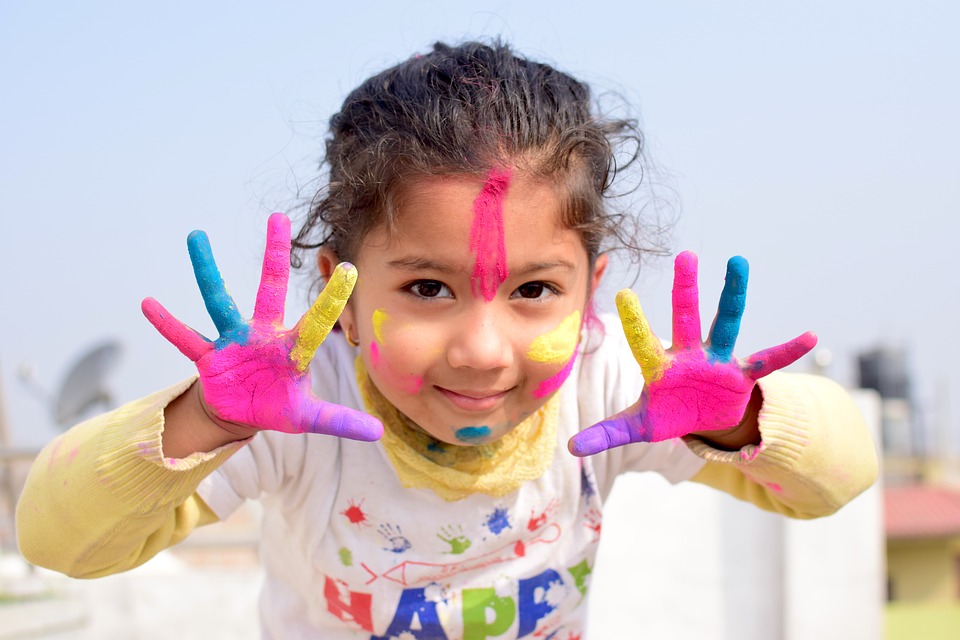 When Michael and Babz Barnett opened their first Romp n’ Roll location in Henrico County in 2004, they were confident that their concept for a children’s gym and play center would catch on in other communities.

What couldn’t be anticipated was exactly where the most growth would happen.

Since 2010, Romp n’ Roll’s biggest expansion has occurred in China, where the company signed a master franchise agreement.

“We entered China in 2010 with a single location, and now there are 315 locations there,” Michael Barnett said.

Romp n’ Roll’s revenue across its U.S. and international locations reached about $63 million in 2019, he said, more than double the revenue from three years earlier. 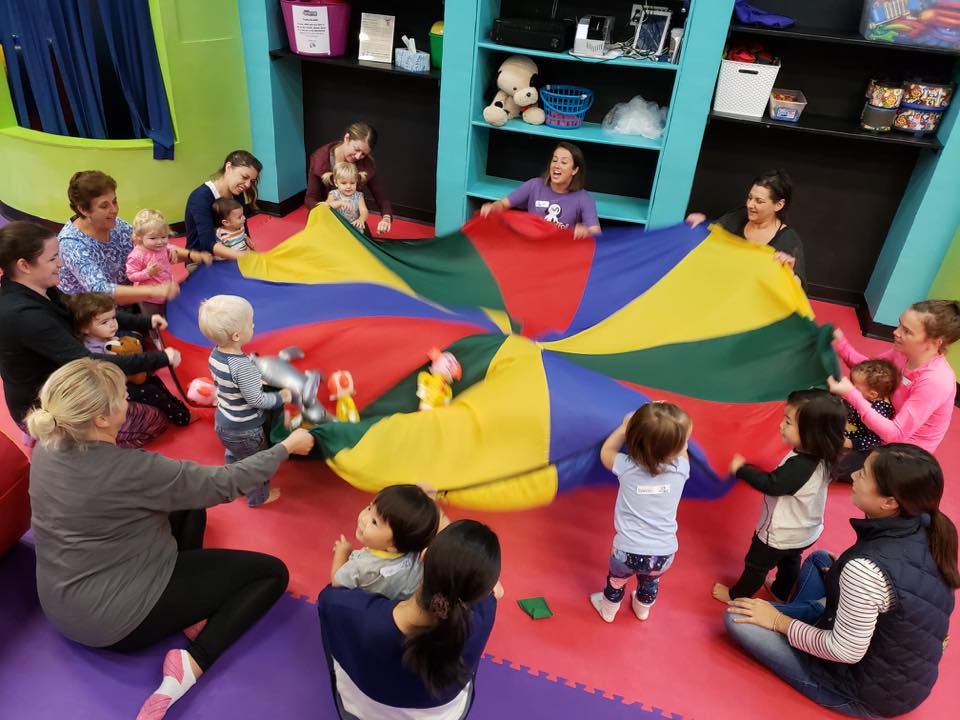 “Our biggest victory is the fact we have shown growth every year,” Babz Barnett said. “For me, the victory is also not financial. It’s the smiles I see on families’ faces and creating a place people can go that is a positive, happy, safe and clean environment.”

Romp n’ Roll’s locations, such as the flagship store adjacent to the company’s corporate office just off West Broad Street, offer such programs as play-based gym activities, along with dance, music, arts and crafts. The locations cater to children ages 3 months to 5 years and their parents or guardians. Programs are designed to help children reach physical, creative and social milestones in their earliest years.

“We are in a good competitive place, because we only cater to kids 3 months to 5 years. A lot of parents see us as a natural entry point if you want to do some enrichment classes with your child,” Michael Barnett said.

“We are providing the first connections for children to be around other children and teachers," Babz Barnett said. “And parents get to connect with each other, too.”

During its big expansion in China, Romp n' Roll pulled back on franchising in the U.S.

In 2020, the founders are now refocusing on domestic growth. 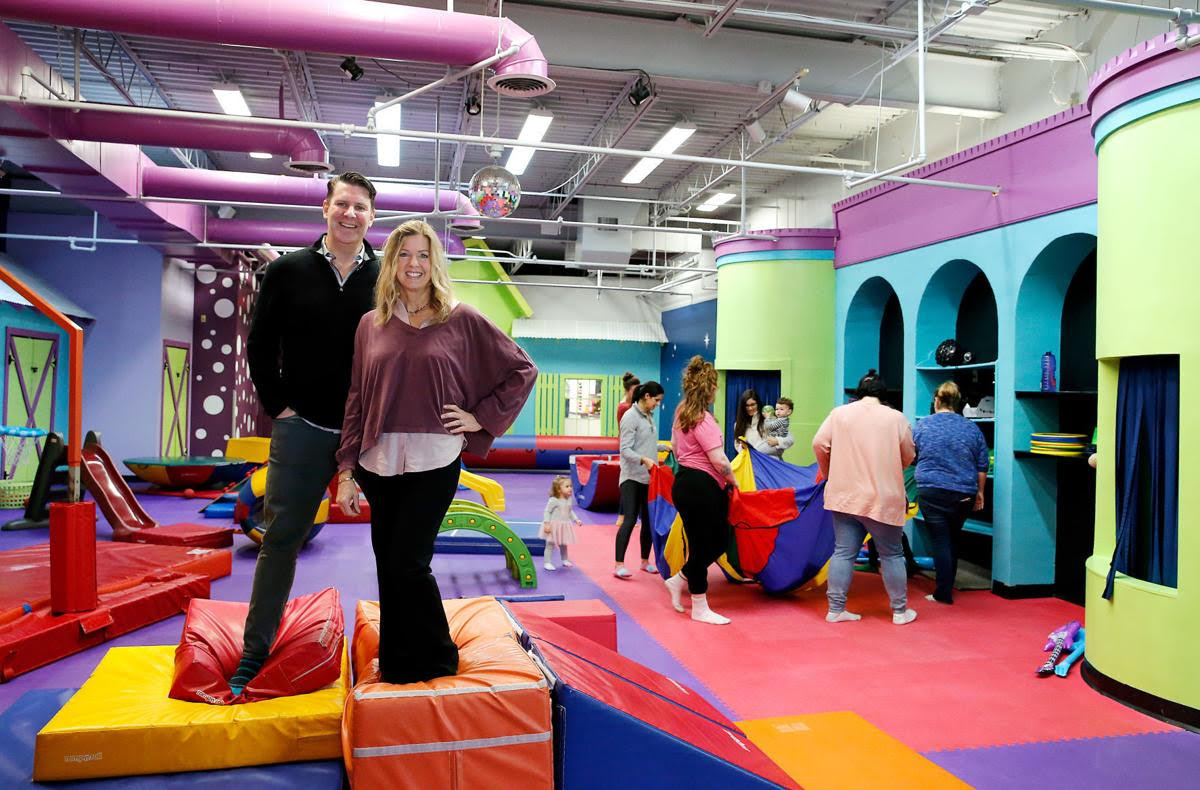 “We have been able to step back from [China] a little bit as they [the franchisers] have grown and built their own infrastructure there,” Michael Barnett said. “It has allowed us to focus on getting some new locations here in the U.S.”

The company has 11 U.S. locations now, including two corporate-owned Romp n’ Rolls in the Richmond region — at 9677 W. Broad St. in the Westpark Shopping Center in Henrico and at 11541 Busy St. off Courthouse Road in Chesterfield County.

The company is planning to open four franchise locations this year, three of which are already in development in the U.S.; the new locations are in Pittsburgh; Katy, Texas, which is near Houston; and Wilmington, N.C. The international growth has not ended, as Romp n’ Roll also has awarded a new master franchise agreement that will cover Singapore and Malaysia.

“We will take international opportunities as they come with the right people and the right market, but we are not actively marketing internationally right now,” Michael Barnett said.

In 2019, Entrepreneur magazine ranked Romp n’ Roll for the first time in its annual list of the top 500 franchise businesses in the U.S.; the company was ranked No. 366.

In comparison, competitor The Little Gym, a children’s gym that was founded in 1976, was ranked No. 116 with 205 U.S. franchises and 225 international franchises.

Romp n’ Roll’s goal is to double its number of U.S. franchises within a few years, but the Barnetts say they are not rushing.

“We are not looking to be the fastest-growing franchise. For us, the people are so much of what our product is about, and that is the part we have to get right,” Michael Barnett said.

“We are particular about who will open a Romp n’ Roll, and the demographics have to be right,” Babz Barnett added. “We are very selective about awarding a franchise.”

Almost all of the franchise owners also are parents of children at the age to benefit from Romp n’ Roll’s programs, Michael Barnett said. “The reason they are attracted to us is also the reason we started this business — either they live in a town that does not have a good program such as Romp n’ Roll for the children of their community, or they do have those programs but they are not happy with it.”

The Barnetts started Romp n’ Roll when their own children, Zachary and Emma, were little. (They’re in high school and college now.)

“I was not satisfied with the other businesses that were out there,” Babz Barnett said. “That is why we created our own, based on what we wanted as parents.”

The startup founder life was hectic, and the couple often traded off duties watching the kids and running the business.

“I was managing the membership and business during the day, and Babz would pull up to the sidewalk around 4:30 or so, and then I would go home and work on the bills,” Michael Barnett said. 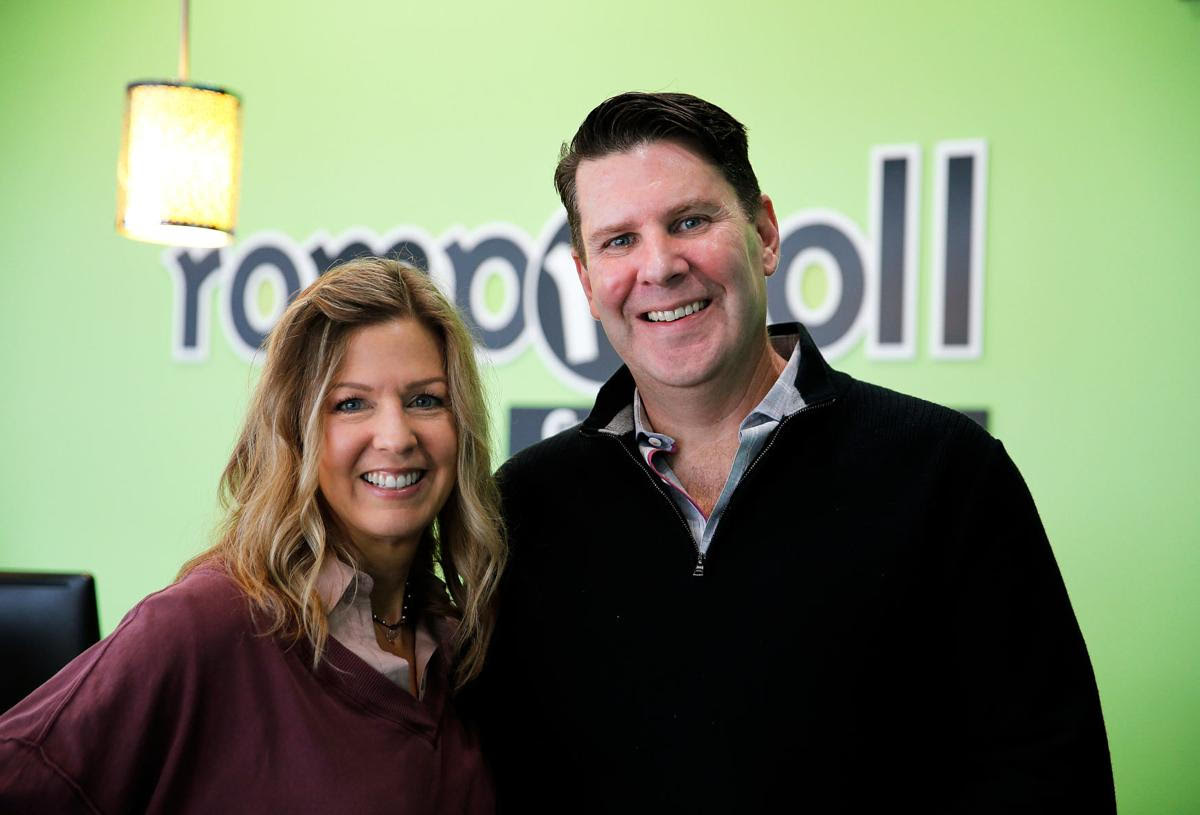 “Now, we have bookkeepers and marketing people,” he said.

To help develop more franchises in the U.S., the company last year partnered with a project management company based in Charlotte, N.C., to build out new Romp n’ Roll locations, helping to take some of the load off franchisees who can now focus more on marketing and programs.

“That was one of the biggest hurdles” to developing more franchises, Michael Barnett said. “A lot of people who invest in a franchise, particularly ours, have never signed a commercial lease before.”

In 2018, the company also hired Paul Summers as its senior director of franchising.

“In fitness, you are reaching out to almost every single household, which likely has somebody who might become a member,” Summers said. “Here, we are talking about a much smaller group.

“The people who are owners of Romp n’ Roll franchises are not in it just for the money,” Summers said. “They care about educating children.

“Coming from a hard edged, aggressive business into something that is a passion project for a lot of people, but bringing some needed skills to those people has been pretty rewarding,” he said.

The company gets 90 to 100 inquiries each month from people who are interested in a franchise. Most of them are disqualified for financial reasons. It costs anywhere from $200,000 to $400,000 to open a Romp n’ Roll franchise, and the franchise fee is $45,000. 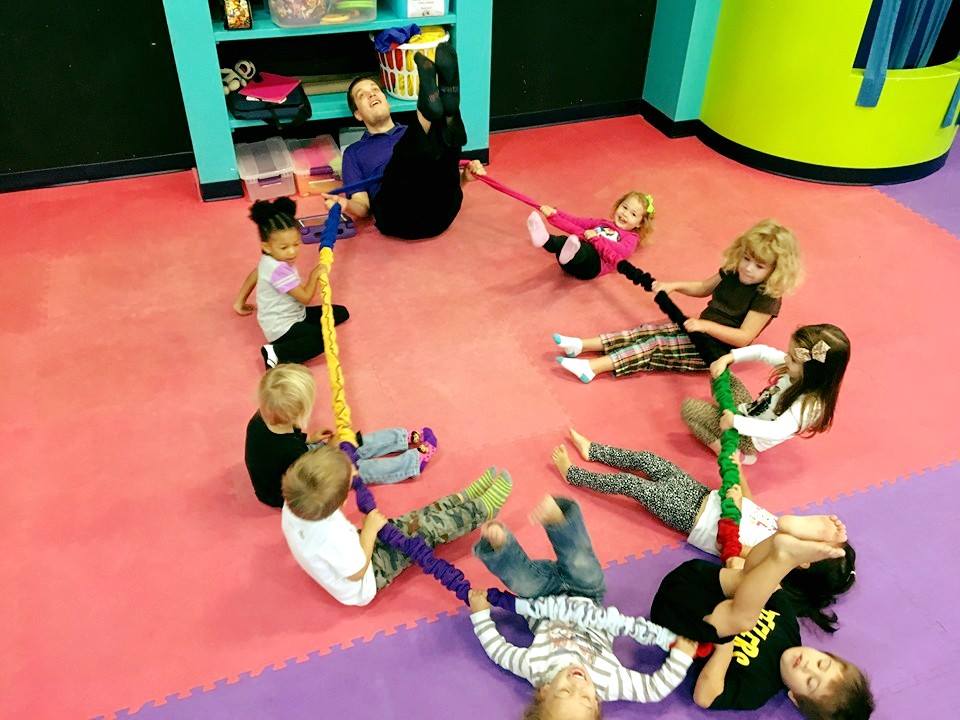 “Unfortunately, there are a lot of people interested who just don’t have the capital, or the means to borrow it,” Michael Barnett said.

Some people get disqualified because of geographic location. The company looks for markets that are seeing demographic growth in families with young children.

“We have come to realize we need about 10,000 kids within a driving distance” of a Romp n’ Roll location, Michael Barnett said.

One of the biggest challenges for franchises is to find and retain employees, Babz Barnett added.

“I think any small-business owner will tell you one of the biggest challenges is staffing — making sure at all times you are fully staffed, and with employees who are the right fit, that provide good customer service and connect with families,” she said.

The company also has developed an online platform that makes it easier and more efficient for franchisee operators and employees to get training.

The Barnetts say they are looking for franchisees who have “head and heart.”

“We are not looking for passive investors who just want to make a quick buck on this,” Michael Barnett said. “They also need to have the heart to get the mission of what we are trying to do with kids and families.

“We won’t be the fastest growing franchiser, but slow and steady wins the race,” he said.